What if electric cars could be used as a way to produce electricity, rather than consume it? Nissan certainly seems to think so, and has recently launched a trial project in the UK in conjunction with power company Enel.

The idea is to install 100 vehicle-to-grid charging units that users of Nissan LEAF cars can use to either charge their cars, or sell the excess energy from their battery pack back to the UK National Grid. 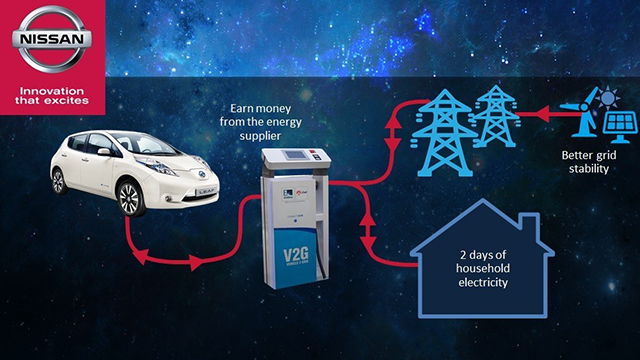 Since the test is relatively small scale, only 240 KW of power would be available under the best-case scenario. However, if all electric Nissan vehicles in the UK were to participate, they could generate the equivalent of a 180 MW power plant. And if all vehicles in the UK were to be replaced by electric ones, the output could climb to 370 GW. Enough to power the UK, Germany and France, according to Nissan.

Considering the cost of electricity in Dubai, but also the prevalence of cars in the city, could a similar idea be used to promote a more sustainable way to drive?